Home » Blog » Choosing a Tank for Your Paintball Tournament

Choosing a Tank for Your Paintball Tournament 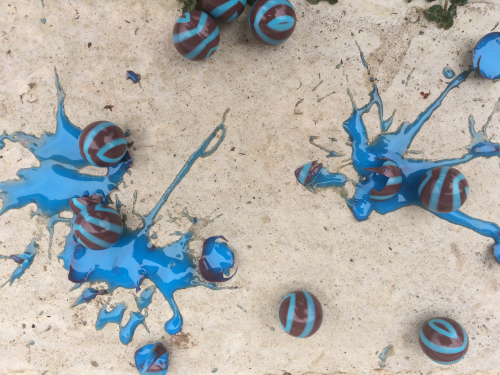 If you have your own paintball gun, you’ll eventually need to replace or refill the paintball gas tank that came with it. The question is which kind do of gas tank will you need?

Here are some paintball gas tank basics to put you on target for your next purchase.

Paintball tanks are available using two primary compressed gas sources: high-pressure air (HPA) and carbon dioxide (Co2). Which gas you need will depend on several factors – the most important of which are where you will play and what type of gun (called a marker) you will use.

Carbon dioxide was used for the first paintball markers and set the standard for the industry in its early days. A CO2 tank works by converting stored liquid CO2 into gas form; as it changes states, the CO2 expands to create pressure, which drives the paintball through the barrel.

CO2 tanks are typically cheaper than HPA tanks, but they also have some disadvantages. For liquid CO2 to transform into gas, the tank needs to be warm – around 75°F. If you play in cold weather, the gas won’t expand correctly, which will drop pressure in the tank and lead to inconsistent performance. CO2 also has trouble at high firing rates: the faster the transition from liquid to gas, the colder the CO2 tank gets, leading to a drop in PSI.

The popularity of HPA tanks rose in the 1990s as rapid-fire markers became more common. Also known as Nitro, N2 or Nitrogen tanks, these models come in a range of sizes – typically from 3000 PSI to 4500 PSI (the higher the pressure, the more shots are possible).

The main advantage of compressed air is that it will perform more consistently than CO2, especially during high-speed shooting. It will also not be as affected as CO2 by environmental conditions like temperature, making it a much better choice for paintballing outdoors in cooler weather. The downside of compressed air is the initial cost, which can be considerably higher than CO2.

*Please note: You cannot put co2 into and air tank or air into a co2 tank!

Need a compressed gas supplier in western North Carolina for your next paintball tournament? Trust the pros at James Oxygen! Contact us today to learn more, or to become a James O2 customer.